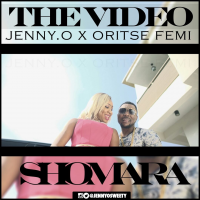 Video was shot in Lagos and it was directed by Frizzle and Bizzle films. It featured cameo appearances from Fliptyce-who's by the way the producer of the song-and one of Nigeria's best DJs around, DJ Neptune.

Back to posts
This post has no comments - be the first one!
UNDER MAINTENANCE